Rome, June 12, 2012 – The Philippine Embassy in Rome presents recently the commemorative logo to mark and provide an overarching symbol uniting the celebration of this year’s 65th anniversary of Diplomatic Relations between the Republic of the Philippines and the Italian Republic.

To launch the year-long celebration, the Philippine Embassy in Rome, on it’s website, announces the following activities:

Kulinarya: Images and Flavours from the Philippines

Diplomatic relations between the Philippines and Italy were established on 9 July 1947.  The two countries signed in Rome on the same date a Treaty of Friendship and General Relations, which was subsequently ratified on 10 December 1948.

The first Philippine Diplomatic Mission to Italy was established on 5 July 1948 as a Legation, and subsequently elevated to the level of an Embassy on 9 August 1956.

The People Power Revolution in 1986 marked the beginning of expansion of bilateral relations. Italy was among the first countries to recognize the Aquino Government in the Philippines.

Since then, several high-level visits have taken place, notably the visits of Presidents Aquino, Fidel Ramos and Gloria Macapagal-Arroyo to Italy in June 1988, September 1994 and June 2006 respectively, as well as the visit of Prime Minister Romano Prodi to the Philippines in October 1997.

Since the establishment of diplomatic relations in 1947, the Philippines and Italy have concluded several agreements. These agreements include those pertaining to scientific and technical cooperation, air services, taxation, investments, development cooperation, culture, socialsecurity, small and medium enterprises, transportation and communications, and defense. 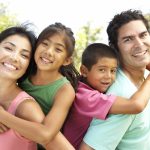 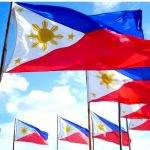