Tesoro’s rubber armor can be seen on the cover of Lady Gaga’s single “Marry the Night,” which the American singer released on Twitter on Tuesday.

The outfit was first seen in the 2010 Holiday show of the Philippine Fashion Week, where Tesoro collaborated with sculptor Leeroy New.

Tesoro, is known for his avant-garde creations, has yet to make a statement about his latest feat. 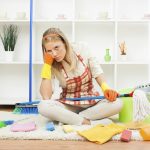