Chop suey is widely believed to have been invented in America by Chinese immigrants, but in fact comes from in Taishan, a district of Guangdong Province which was the home of most of the early Chinese immigrants; the Hong Kong doctor Li Shu-fan reported that he knew it in Taishan in the 1890s. This dish first appears in an American publication in 1898, described as "A Hash of Pork, with Celery, Onions, Bean Sprouts, etc."

It can also be prepared in a variety of styles, such as chicken, beef, pork, king prawn, plain and special. Plain, or vegetable chop suey, is often one of the few traditional Chinese American take-out dishes offered without meat at many restaurants.

1. In a wok or large pan heat oil, garlic, and onion until golden brown.

2. Add all vegetables except the cabbage.

4 Mix in the chicken flavored seasoning.

5. In a small bowl dissolve the cornstarch in the water. Add the water and cornstarch, and the soymilk or milk to the vegetables.

6. Mix in the salt and pepper and then the cabbage.

7. Cook until the cabbage is done (maybe 3 minutes) and eat hot with a side of rice. 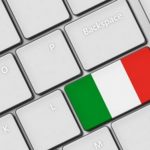