MILAN, Italy – Bicolanos in Milan were stunned with the death of a man they considered the idol of Bicolandia, former Naga City Mayor Jesse Robredo.

Around a hundred Bicolano most of them are members of Bicol Saro Association in Milan held a candle lighting ceremony at the Duomo Square on Wednesday,  August 22, 2012.

They prayed for the eternal repose of the soul of the former mayor.

The gesture, according to them, was their way of thanking the person who truly loved the poor and made Naga as a world-class city.

Robredo’s humility, honesty and efficiency as a servant leader made Naga City a first-class city from third class.

Mildred Alforte, a former employee of the Department of Education, Culture and Sports (DECS) in Naga, said Robredo was very accommodating and served the people honestly and humbly.

Del Rosario encouraged Patricia to be strong now that her Dad's gone.

She added that every Nagaueno is very proud of Robredo for transforming Naga City.

Briggs Brijuega, an APO member, said the fraternity will follow the good example set by Robredo when it comes to implementing its programs. (by: Zita Baron) 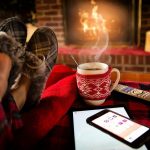 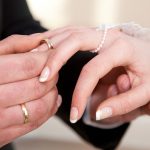