The FNA started with a small group of around 20 Filipino nurses volunteering for PCIB and OWWA outreaches since 2001.

In May 2008, Labor Attaché Manuel Roldan proposed the composition of a solid organization for Filipino nurses to become the center of information regarding the nursing profession in Italy as well as to provide information to hopeful nurses as to how to integrate to Italian health institutions and to upgrade nurses to new or latest developments in the field. He coordinated with the Cooperativa Altrolavoro to help comply with the requirements needed for the integration – which was a review class in preparation for MOH qualifying examination for foreign nurses.

Oath taking of the first set of officers was held in June 2008 at the Philippine Embassy Social Hall, officiated by Consul Kristine Salle with Ms. Loralaine Ragunjan as  founding president. A Nursing Guidebook prepared in cooperation with POLO-Rome, OWWA, Philippine Embassy and OFSPES was launched. Medical missions were continued in partnership with the BDO during various Filipino community events. Around the same time in 2008, the FNA was finally introduced as a recognized association of Filipino nurses during the monthly meeting of Filipino communities during an assembly at the Philippine Embassy premises with an encouragement from then Ambassador Lhuillier who said: “Ipagpatuloy niyo ang magandang ginagawa ninyo.” He generously donated an amount to purchase equipment and medical supplies in order for FNA to conduct medical missions on its own and without pressure or influence from other organizations or business interests.

FNA activities were held and continued including medical missions to various Filipino communities, a refresher course on CPR, seminars/meetings, etc. FNA was sustained via donations for equipment by Filipino businesses and well-meaning individuals and members as well as the dedication and support of its members.

The idea of medical assistance at the embassy grounds was raised. However, FNA members felt that with too many commitments already made to Filipino communities and unavailability of nurse volunteers, this would be difficult. Labatt Roldan suggested that instead of medical outreach at the embassy grounds and health teach-ins, health information flyers may be packaged and distributed. He requested the SSS and Pag-ibig Fund to sponsor, package and craft the first set of flyers which were distributed to our kababayan during the Collegio Filipino Day in May 2009. The FNA also acquired its own streamer to highlight visibility of the organization.

‘Ako ay Pilipino’ newspaper, noting the very good response to the health info flyers, offered FNA free column space to write about health information on human diseases and wellness articles. An article on ‘swine flu’ was the maiden issue for Gabay Kalusugan Handog ng FNA. This was published in its June 2009 edition. This enabled the FNA to serve a larger number of kababayan, noting the reach of the newspaper. The column is maintained up to the present time.

Aside from medical outreaches, the Sentro Pilipino Chaplaincy tapped the assistance of the FNA on pre-cana seminar and health teachings on family planning required for couples before receiving the sacrament of marriage. FNA also participated in major events such as the Philippine Independence Day celebration, the ‘Race for the Cure’ in Rome — a 5-kilometer marathon to help support fight breast cancer held at the Terme di Caracalla.

FNA was proud when one of its members, Rhodora Trinidad, passed the qualifying examination for nurses given by the MOH, Italy in 2010.

FNA is governed by a Constitution and By-Laws which was ratified and approved by the General Assembly on January 31, 2010. Necessary documents required for registration/accreditation were presented to the Philippine Embassy, particularly to Ambassador Romeo Manalo through Labor Attache Chona Mantilla.

A new set of FNA officers (2010-2012) were elected on June 2010 and they took their oaths of office last October 2010 officiated by Consul General Danilo Ibayan with Ms. Grecelda Ho as its president. Due to personal reasons, Ms. Ho resigned her post and Ms. Tessie Pantaleon, as the Vice-President, took over her responsibilities.

After 4 years, the FNA has now 67 active members participating the group. They were able to apply for the codice fiscale as a starting point in preparation for their registration for ONLUS. Interested members had a meeting with Prof. Dott. Alessandro G. Mandraffino from the Docente Universita di Roma “Tor Vergata” and also some people from the Studio di Consulenza Medico Legale, to speak about the refresher course that might be pursued in order to review subjects and development for the preparation of the exams to become a registered nurse in Italy. As of now credentials and other documents are being evaluated whether as to qualify for the nursing examinations.

This year Ms. Tita Cueno, one of the FNA members had recently passed the examination from the Ministero Della Salute. The association is very happy for her.

Last June 24, 2012 the set of officers for 2012-2014 had taken their oath and celebrated their 4th year anniversary. The group is aiming to give service to their fellow Filipinos and also intending to pursue their career in Rome- Italy with the help of the Philippine government. 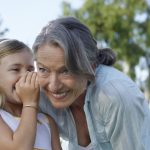 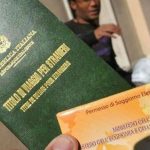