To ensure a meaningful celebration of this important event, PIDA and the Philippine Embassy will be organizing a series of events that will highlight the rich Philippine culture and will stir the national pride of the Filipino migrant community in Rome and the rest of Italy.

For the main celebration on 12 June, PIDA is partnering with GMA7’s Pinoy TV which will bring in artists from the Philippines to provide entertainment to the numerous OFWs in Italy.  Round trip airline tickets Rome-Manila-Rome will also be given away during the raffle draw. This event, which is free of charge and will be open to the general public, is expected to attract more than 5,000 Filipinos all over Italy.

Another important event this coming June is the celebration of the 150th Birth Anniversary of Philippine National Hero, Dr. Jose Rizal.   PIDA is extending its support to the Philippine Embassy in Rome, which will spearhead the celebration through a Commemorative Program at Piazza Manila in the morning of 19 June 2011.  In the afternoon of the same day, a photographic exhibit of Rizal’s life will be inaugurated at Teatro Emozioni located at Via Tor Caldara No. 23, to be followed by film showing of the movie JOSE RIZAL.

PIDA would like to invite all Filipinos not only in Rome but other parts of Italy to join the celebration. 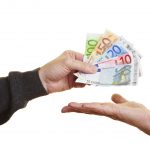