Rome – March 20, 2013 – As part of the year-long commemoration of the National Year of Rice (NYR), H.E. Ambassador Virgilio A. Reyes, Jr. led on 01 March 2013 the recitation of “Panatang Makapalay,” a consumers’ pledge to reduce food wastage and achieve rice self-sufficiency.

The importance of the pledge, recited during the weekly flag raising ceremony at the Philippine Embassy Social Hall, was acknowledged by Embassy officers and staff when they stated in unison, among others, the following: “Aking isasapuso ang panatang ito dahil sa bawa’t butil ng bigas o kanin na aking matitipid ay may buhay na masasagip.”

H.E. President Benigno S. Aquino III issued Proclamation No. 494, on October 18, 2012, declaring 2013 as ‘National Year of Rice,’ an advocacy campaign to increase rice production and farmers’ incomes, and lessen rice wastage, towards attaining national rice sufficiency by the end of 2013.

On 14-22 June 2013, a high-level Philippine delegation shall be in Rome to attend the 38th Session of the FAO Conference during which the Philippine Room at the FAO Headquarters as well as the Exhibit on the Twinning Programme of Exchange and Cooperation between the World Heritage Sites of the Rice Terraces of Philippine Cordilleras and the Cinque Terre of Italy will be inaugurated.

In collaboration with the Office of the Agriculture Attaché, an Agribusiness Investment Forum is also being planned on 16 June to encourage and drum-up interest among OFWs in investing in agribusiness enterprises (farm and “home-based” family agribusiness ventures) that will continually uplift the plight of OFWs’ households and empower them when they decide to eventually return home.  For the market-matching meetings, Filipino food and agribusiness exporters as well as Italian importers of agricultural and food products will also be invited.– (PE – Rome) 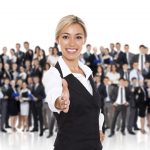 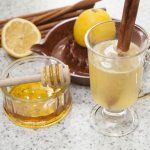