Msgr. LUIS ANTONIO TAGLE, Archbishop of  Manila, is one of the six new cardinals.

“And now, with great pleasure, I announce that on November 24th,  I will hold a Consistory in which I will appoint six new members of the College of Cardinals. The Cardinals have the task of helping the Successor of Peter in the performance of his ministry of confirming the brethren in the faith, and the principle and foundation of unity and communion of the Church".

Here are the names of the new cardinals:

Msgr. JAMES MICHAEL HARVEY, Prefect of the Prefecture of the Papal Household,

Beatitude BASELIOS CLEEMIS THOTTUNKAL, major Archbishop of the Trivandrum of the Siro-Malankaresi in India. 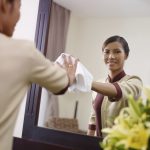