MILAN, Italy– Any OFW in retirement age can still be a member of Overseas Workers Welfare Administration (OWWA) provided he can present a proof of employment.

The newly assigned Welfare Officer Lilia De Guzman clarified the controversial issue regarding the membership of senior citizens to OWWA.

She added that there is no age limit to become a member and be entitled to benefits.

Prior to this, some complained that OWWA –Milan was refusing to accept OFW whose age ranges from 60-65 to become a member. Migrante Milan estimates 2 percent of the total 58,000 regular workers in Northern Italy has reached the retirement age.

This leads Migrante Milan and some other organizations such as SAMAKAMI- Samahan ng mga Kababaihan sa Milano, Junior/Senior Organization in Milan,  and others to initiate protest and signature-campaign to petition the inclusion of the senior citizens to OWWA’s membership.

Amidst this controversial issue, the newly named welfare officer  assured that any matter concerning the welfare of the OFW will be properly addressed.  She encourages anyone to raise their concerns directly to her office for clarification.

De Guzman was the former Director II of the Administrative and Financial Management Office of OWWA in Pasay City prior to her assignment in Milan.

She was Director II in OWWA-General Administrative Service in 2008 until 2010. 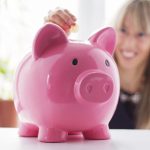