SONDRIO, Italy – The Land Bank of the Philippines (LBP) signed a memorandum of agreement with Banca Popolare di Sondrio (BpS) last May 7, to ensure fast and secure transfer of money between the Philippines and Italy.

The agreement was signed by Gilda Pico, President and CEO of Land Bank and Mario Erba, Deputy General Manager and Head of the International Division of BpS.

This was the 33rd such agreement on remittances signed by the BpS with foreign banks.

Erba said BpS specializes on a very efficient mode of payments to foreign banks outside Italy. For many years, the bank had an original system that facilitated the transfer of money of foreign workers in Italy to their home countries.

Aside from the fast, convenient and safe sending of remittances, Erba said the bank will only charge a very minimal fee once and guarantees the recipient can withdraw the money without other fees in the Philippines.

Money sent to the Philippines will be processed within 24 to 48 hours from the time the transaction was made, Erba explained.

Erba hoped that the signing will expand the business and trade ties between Italy and Philippines. He encouraged the Philippine delegation present during the event to work and cooperate to attain the objective.

For her part, Pico said that the flow of remittances to the Philippines is steady. She said remittance centers are not a threat to the remittance business of Land Bank and BpS.

With the accord between the two banks, Pico said Filipino workers can send money back home in any Banca Popolare di Sondrio branches throughout Italy.

The tie-up is expected to benefit many OFWs who live far from the city center, where remittance centers are located.

LBP is one of the top five commercial banks in the Philippines in terms of deposits, assets, loans and capital. It is a 100% national government-owned bank with 329 branches all-over the Philippines. (by: Zita Baron) 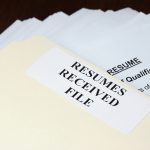 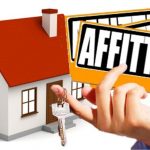